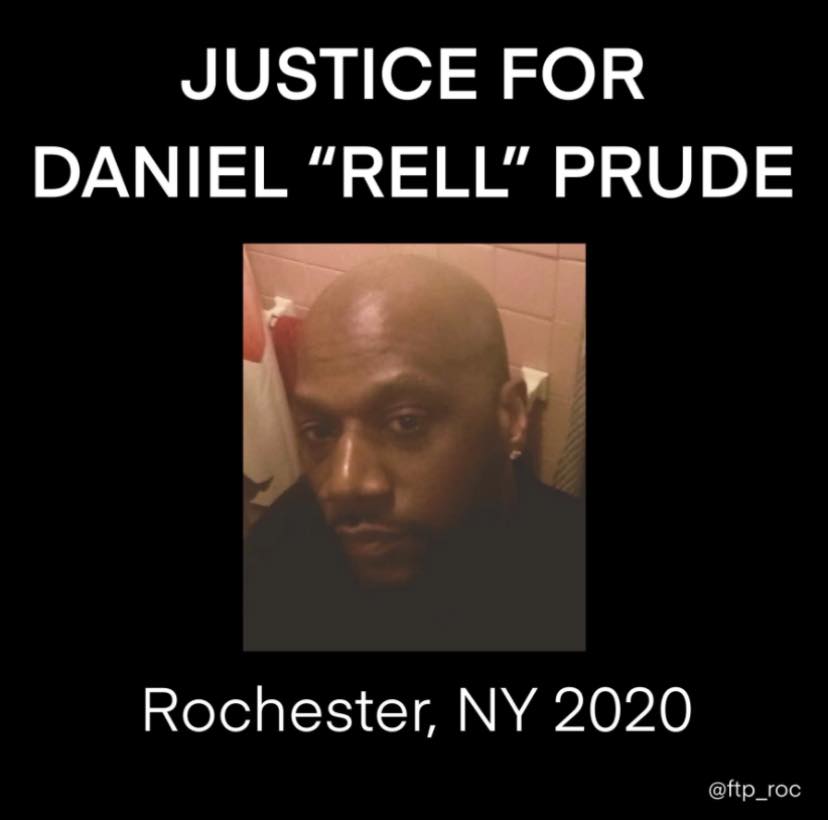 SURJ ROC joins the Rochester community in strongly condemning the RPD for their murder of Daniel Prude. We also strongly condemn City Hall, the RPD, and the Locust Club for willfully covering up this crime, and taking no disciplinary action towards any involved.

We stand with Free The People ROC and the family of Daniel Prude, and demand that the organizers be released, all of the officers involved in the murder to be fired, and for City Hall and the RPD to be held accountable for their absolute negligence.

DANIEL PRUDE DID NOT NEED TO DIE. Despite what Mayor Warren, Chief Singletary, and Locust Club President Mike Mazzeo have said - Rochester is EXACTLY like Minneapolis and Kenosha.